the need for hospitality


Up-to-date statistics are not at all in favor of the hospitality industry. A shocking figure of 80 percent less, as a direct impact on everything that means services in the field of hospitality. Restaurants, hotels and everything like that.
Roundtables these days are the hot spot to find something to resurrect the industry that employs hundreds of thousands of people. It’s an important industry, even if it doesn’t make money laundering or housing loans. The need for hospitality.


What the horeca has, no one has, namely that advantage of preparing the man for the working day. He walks it, feeds it differently than dinner at home and delights his soul by knowing the planet, the gastronomy, the freedom to be.

In the last decades, this is what humanity wanted, an assured trip and a meal at the restaurant.

What do we live for? many of us would say. I’ve seen what it’s like to be isolated from the world for months. It’s awful. But I did it for a humanitarian cause, in addition to the voice of the law that emphasized the need for an emergency.

However, the restaurant as a place of socialization has its chance, and is based on what it knows how to do better: disconnecting from everyday life.


The dining room, where you are next to other people and in the same room, means an important part of the social evolution of man. Man has passed through unhealthy caves and inns, starving on the ditches of villages hundreds of years ago, but now he has as his method the modern restaurant, which knows how to make a person fit for life. He goes to work the next day with a zest for life. He talks with pathos, invents unborn pleasures and summarizes what happened to him, what he ate or what he heard. Especially since in the restaurant the food gets an aura beyond the need for hunger. It becomes a reason. Friends will find out what certain dishes taste like, what they need in addition, and much more. He smiles, his tone changes for the better. the need for hospitality

Not helping HORECA to recover now means that you want to eat in a package, you only accept the queues at the mall house. Likewise, you see socialization only restricted, in the forest on the grill with friends or at work in the canteen (and here you will need social distancing!).

The government still has the knife in its hand. He sets priorities, and if the worker’s tone matters, then the restaurant will be quickly revived. Let’s not forget that after the revolution it took a long time for the restaurant to inspire respect. Innovative chefs have appeared, new, modern recipes have been invented or taken over, all for humans. Good will and good mood help the economy through the physical and mental contribution of man. The need for hospitality

In our times, HORECA can no longer be disregarded, because it gives an extra will to the employee from other industries, where the contribution to GDP is clearer. The days at work are less exhausting if the previous dinner was taken in the restaurant.

Let the horeca breathe again, to give a tone to the people!


What are we doing?


A simple method, and beyond the others which are in fact variations on the pandemic theme, is the division of time. Food time for each of us is divided into many ways. Take into account the market offer. The corner store, the big malls, the home cooking and the restaurant with its main forms, direct table service, delivery or takeaway.

The most impactful method in the rehabilitation of restaurants is to reduce the distribution schedule of large stores, until 18.00, so that dinner can be served in the restaurant. Time must be divided differently. Who wants to buy goods from the shelf to do so until 18.00. After this time you have to burn the hobs in restaurants. Think of an active population forced to bring its contribution to the labor market only with the thought of the home stove or delivery. We only have to tell how we got tired of the pan and how the preparation didn’t work out. Or if it came out, it doesn’t matter. The modern man once passed through restaurants does not want anything else. He does not want substitutes unless they mean variants. By no means do we want to convey that we recommend for the mother to be inactive. How many ideas, how many voices, how many jokes are heard there !?

And another argument given to the revitalization of restaurants and hotels is the outfit that will have to be added and revised for exits from the house. Otherwise, we can stay dressed at home anyway. I saw what it means to work online, with shorts and branded clothes in front of the computer!

I trust the Romanian’s need to go out to a restaurant, not necessarily to eat, but because this is the modern world. We want the income to feel good, beyond the primary needs, and we, those in this area of ​​the world, have the advantage that we can afford to leave the house. 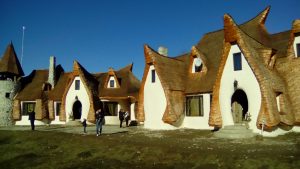